-Woodcarving Hermit and very small weirwood grove (3-4 small trees can be done with WE) Open for app
-Chambered cairn Completed by Antony
-A sheep/wool proccessing area. a small settlement slightly apart from the rest of ham2 Open for app
-Hamlet 4 ruin Open for app
-Hf1 Javiv is testing
-Hf2 thevikingcorgi is working on it
-2 settlements on the way to hf2 Terra IP

Watch this space and Norrey in /warp build for developments and more minis
Last edited: Oct 6, 2019
Reactions: javiv, Antony, phondi and 1 other person

Its been just about 2 full months since the project began so I thought it is a good time for an update in the builds progress.

Main valley: Buildings are all done inside the palisade. Whats left are the mines and roads. There are still <8 plots left in the small settlements outside the gates.
massive thanks to LordUnicorn and thevikingcorgi for doing the last big structures in the village and for your work on the settlements. And an especially big round of applause for Antony_Justman who did basically everything north of the Godswood.

Near the Knott Border: The terra for that area is done! Tests are under way for the hf and plots at hamlet2 will soon be open. more builds for anyone who enjoys self inflicted snow-torture .
There are 2 minis in or nearby ham2.
-A wool processing and weaving area https://www.hakaimagazine.com/features/no-wool-no-vikings/ is a great link for information about the type of sheep likely in the far North and some details on rooing that I would like represented, at least in storage of the fleece
-A hf. Javiv is currently testing
Last edited: Oct 6, 2019
Reactions: Antony and CashBanks

Hello, that is my application for the chambered cairn west of the ham2 in Norrey.
It is an immersion build, which has a quite interesting backstory. The cairn has been a burial place for clan champions who were from the village nearby, the entrance of the cairn is "guarded" by an ages old and eroded by time and weather statue of unknown origin. Legend has it that it was made by an ancient king who had mastered the dark arts, to guard the entrance of his tomb, and that it is cursed and haunted by the spirit of his most fierce and loyal warrior, and that is why it is said, that one stormy nights strange war cries can be heard from the mountains. The concept of the statue was inspired by Tolkien's pukel-men statues of similar purpose and origin.
The screenshots of the cairn can be seen in the imgur link below: 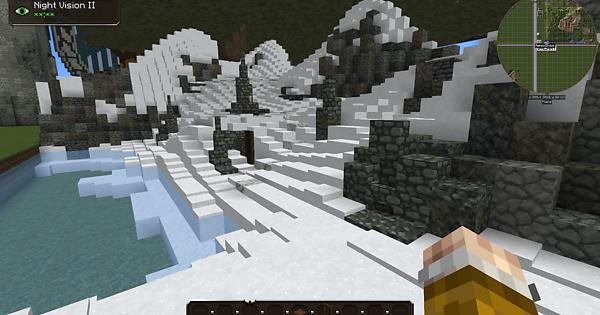 Post with 3 votes and 212 views. Shared by AntonyJohn313. Cairn west of Hamlet2 in Norrey, burial place for local clan champions.

Looks good, could add some icicles as well where some water has seeped through, approved!
Reactions: Antony

Hello I would like to apply for NorreyHf2
test at /warp vikingcorgi and here a link to screenshots/ maps:

The hamlet layout shown in the map is very rough and is more to just give the general idea. Overall the holdfast is supposed to be not only for defense but also for farming from the hamlet. The hamlet is centred around lake/ pond as way for locals to collect the reads and makes baskets. The hamlet is going have several houses close to the lake that show this. there is also going to be a larger barn along with a few wooden watch towers along the earthen wall wall.

I've talked to you in game and we came to agreement on the earthern wall. Approved from me.
Last edited: Oct 4, 2019

I still have 2 minis open for application;

A forest woodcarving hermit (near Norreyham3) who lives near a stand of 3 weirwoods, carving the trees around them. The old man is considered to be in communication with the old gods and so the people of the nearby hamlet bring him food, for he spends his days carving or murmuring to the trees. Occasionally he is found to have butchered game and strewn the entrails in unusual patterns. The clearing in which the weirwoods stand is littered with a mixture of stone statues and wooden statues and objects he has carved.


A sheepfold across the gully from norreyham2 that is built around a small longhouse and adjacent buildings. The sheep are small, about the size of dogs (Northern European Short-tailed sheep) and have 2 layers of wool. the outer layer is darker, weatherproof and is shed periodically. It is collected to make outergarments while the inner layer is insulating, whiter, fine, and very well used in inner layers. The sheep are very valuable and so are kept within the relatively low-ceilinged longhouse (Strong/Hurstvic insp), at one of the ends, while the people sleep nearer the fire. the benches are covered with furs and used as bedding.
What there needs to be:
-storage for fleeces yet to be spun
-whorl and spindle and/or spinning wheel
-carding paddles for making felt
-loom. not too many as a lot of wool is taken to Norreyvillage1 and the looms there
-flora similar to that on the opposite bank. a lot may have been eaten by sheep because they are bastards with a taste for flowers
-areas where the snow has been cleared to expose grass. look at Antony's hamlet north of the Godswood at Norrey for examples.
-A single kettle for treating wool which is not in use at the moment because the inner layers have not been shorn recently, its too cold
However, rooing (removing the outer, courser layer) has taken place more recently and so there is some of the wool left around. the sheep are being kept inside and only let out in clear weather while they are regrowing the outer layer.


some images of the sheep and their comparative size

progress update now that the project has been running for 2 going on 3 months:

-norreyham2 is complete
-norreyham3 is almost complete, needs 1 more building and the training yard to be complete
-javivs test for hf1 I really like and I am not sure if he needs to apply for it formally or I can just copy it over
-norreyhf2 is open for building! 10 plots left of varying styles.
-terra for norreyvillage and norreyham1 needs to have waterways made and for snow to be smoothed before it can be plotted and opened. should be done within the week.

I've been keeping my hands off norrey proper for a while and will continue to do so until the waterway is complete.


Now, I am looking for assistance from someone more experienced with plotting waterways. I want to make the stream and lake at warp norrey as good as possible but don't feel confident at plotting or making it myself. somewhat similar to Otty's Milkwater streams.

I also would really really like a hand with river that passes through norreyvillage and past norreyham1. I want to make the primary flow from the waterfall like this image
https://thumbs.dreamstime.com/z/glen-coe-highlands-scotland-mountains-shot-hidden-stream-woods-116998093.jpg
and the stream that flows from the weirwood valley to be like this where it meets the main river
https://live.staticflickr.com/7806/39875725393_48111a111f_b.jpg
and the waterfall/rapids of that river being more like the following images
https://i.pinimg.com/originals/0b/07/6b/0b076bf5b2c2ffa15d7735c5ff5dbe69.jpg https://media2.trover.com/T/59d392140c99c3fc330091a3/fixedw_large_4x.jpg
the second, smaller waterway is going to be the more difficult I reckon
Reactions: Thevikingcorgi, Nomorefun_, Luk_emAn and 1 other person

I am going to absent until 11 Nov. I will still reply to messages both on the forums and on discord, but perhaps not as frequently as I have. so feel free to shoot me messages

This does not mean I am dropping Norrey, I mean to complete the project during December.
Reactions: Thevikingcorgi and WhereRmyDragons

Ehh, in a few hours I am going to be fully back and without school pressure!!
Let it not be said by probbies that they cannot find plots!
There are plots at norreyvillage!! Tasty snowplots

Come one, come all and find yourself a little hovel in the snow to make snowmen outside of! Yellow snow-makers beware, there will be harsh penalties for such demeritorious action.
So, come to norreyvillage!!
Reactions: SseriousBusiness, Antony, Nomorefun_ and 2 others

Aand I’ve managed to burn myself out after getting a job. Recovering at the moment but should be able to make a final push on getting Norrey lands finished.

It would be great if an approving mod could have a look at how I’ve done the path around warp norrey to see if it’s fine for use around the entire project.

Congrats on the job, the paths around norrey are ok, I aimed to make mine around wull roughly 3 blocks wide, with the muddy snow surrounded by reduced snow layers to make it seem a little more trodden.

I wish I'd known about /sel convex and /curve when doing the paths as it would've made the job a lot of quicker.
Reactions: AerioOndos and Antony

Hello I would like to apply for norreyham1
test at /warp nmf at top of plot
After talks with AerioOndos I apply for it, hamlet will lay at stone shelf few block up of glacial valley.
Some of inhabited buildings will be used in winter for keeping animals and settlers will life together in rest of houses when young go to winter town.
At west of hamlet will be forest at mountains range, at end of road will be weirwood and small cemetery
I will help Aerio with work at mountains surrounding hamlet. 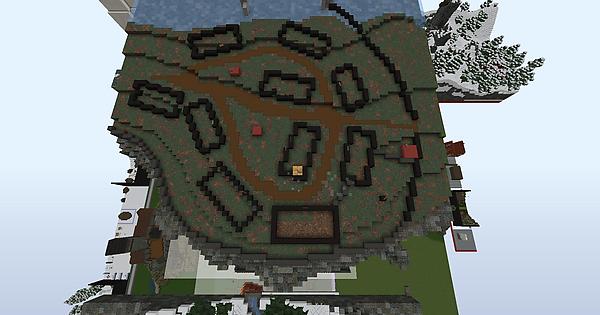 imgur.com
reddish are pastures
yellowish fields
green woods
dark brown roads
grey my proposal of mountain ranges
and light blue are streams
also plans of land are only proposal and can be modified
Reactions: DjTorec and Antony

What kind of style are you going to use for the houses? I forgot to ask that earlier.
For reference, I have most styles in the air above Norrey village which you can use for reference.
Reactions: Nomorefun_

Approved by me once you and Aeks agree on the house style
Reactions: DjTorec, Nomorefun_ and AerioOndos

Norreyham1 is open!!!
It’s got a funky house style so come on up north for a snow you experience of building!
There’s not very many plots so get them quick!
Reactions: Nomorefun_, Antony and IronGentleGiant

Hello I would like to apply for the sheep/wool proccessing area near norreyham2. Detailed tests for the all buildings are located at my plot /warp auscar, while I have provided a small planning map (https://imgur.com/ANIEQeR). Sorry the map is so basic, I really suck with photoshop stuff. Also, do you want me to plan for houses for the workers, or do they live in the main hamlet? Thanks!
Reactions: ItsPabs

Hi Auscarbone,
With the plotting, it shouldn't be necessary to build walled pastures as the lake, hills and steep gullies help to keep them in during the day and they are shepherded inside. However, I would like a small herb garden +space growing carrots or lettuce under snow walled in by wattle.

With you buildings, it would be great if they could be a few blocks east of where you have indicated on your map.

I've had a look at your test. I love all the wool processing machinery!! Unfortunately it is what I want at norreyvillage rather than at the sheepfold, which has finished up wool processing for the season. So there might be a loom in a storage area and other parts there, ropes stored for drying and bales of wool for later use but not what you currently have done.
It is magnificent though and I would like to work with you in building an area like it in norreyvillage.

Another issue is that the test isn't in the style of norreyham2, which is the rural style. I've marked out another test space and am going to make an example of what I mean by this. There is far less WE wizardry involved in the roof with the rural style so that is a bonus