The other suggestions are noted btw (I'll actually start getting to work on an update as soon as I get a chance).
Reactions: SseriousBusiness, Elduwin and Wazgamer

Green marble for HG would be swell too ^_^
Reactions: Enah
A

Also I think a wooden flower trellis would be very nice, in a diamond pattern. It'd be placed like a ladder and would scale based on size.

we have a block like that already, called light stone. But, ced mentioned the stairs and slabs before, and I still agree with it.

So here's a link to the resource pack I've been playing around with to test new blocks (and I've been playing mostly with this one too actually).
Emot asked so he could see how my adjustments looked in game. Maybe others are interested too.

these are just tests and nothing final or official

Changes:
All Oldtown Blocks adjusted (fainter, duller)
Decorative Oldtown Plaster Block (on the nether wart block; #0214)
Brick Blocks (duller, fainter)(only 2025:25 and 45, not the daub blocks)
Pink Reach Block adjusted (added very faint beige, on the blocks #1:1,#1:2,#1:3,#1:4)
Northern Cobble (beige, as a test for possible oldtown street texture)
plus some other blocks which you can disregard as bad ideas on my part
Last edited: Jan 22, 2018
Reactions: Emoticone11 and an_escaped_duck

Can we please not milk out the Tyrell/Gardener colours? Having certain colours in your coat of arms doesn't require you to colour everything accordingly.

I understand having shutters, statues, carvings and banners following the theme of the house, but I can't think of a single reason to colour your interior or exterior walls, floors, roofing and/or gardens according to the house colours.
Reactions: Margaery_Tyrell, PoziPoisonDart, Thamus_Knoward and 5 others

Green marble in general would be handy, especially for say dorne
Reactions: mdmeaux

Enah said:
Green marble in general would be handy, especially for say dorne
Click to expand...

Or at least actual brown marble (not white marble with brown streaks).
Reactions: mdmeaux and Enah

I understand having shutters, statues, carvings and banners following the theme of the house, but I can't think of a single reason to colour your interior or exterior walls, floors, roofing and/or gardens according to the house colours.[/QUOTE]

Interior walls are justifiable for the same reason the red plaster was added for Casterly Rock. I think the wealth and style of the Tyrells could justify any extravagance really.

Just fyi, If I recall correctly the red plaster was added specifically because there was canon mentioning the use of "Lannister Crimson" at casterly. So unless highgarden ints are described as using a specific green material, I don't think there is any justification beyond what Stoop already enumerated.

Isn't pink marble the canon material?! Or am I remembering that wrong?
Reactions: Wazgamer and Arkilstorm

Using this as my source, havent seen in it in a while but iirc its relevant and backs up my point. In the middle ages, castle walls were rarely bare stone and usually both plastered but also painted, for somewhere as prosperous as HG I see no reason why thre Tyrells wouldn't paint their walls. Even if we don't use garish green plaster, maybe it would be interesting (and make Highgarden special) to have special "floral painted plaster" CTM blocks with flower designs painted on? Doesnt necessarily have to be green, but there should definetely be a wealth of colour imo.
Reactions: SseriousBusiness, Elduwin, Kor_Bro and 1 other person

mdmeaux said:
Using this as my source, havent seen in it in a while but iirc its relevant and backs up my point. In the middle ages, castle walls were rarely bare stone and usually both plastered but also painted
Click to expand...

As much as I enjoyed watching the documentary, there is no mention of plastering castle walls.

EStoop said:
As much as I enjoyed watching the documentary, there is no mention of plastering castle walls.
Click to expand...

Ah sorry, probably should've checked the episode first - I saw the word "walls" and that didn't think too hard after that.
: Its in this one from about 39mins in to jump to what I had in mind (although the whole series is great)
Reactions: SseriousBusiness, CashBanks, EStoop and 1 other person

The following frescos are from Runkelstein Castle in South Tyrol, Italy. 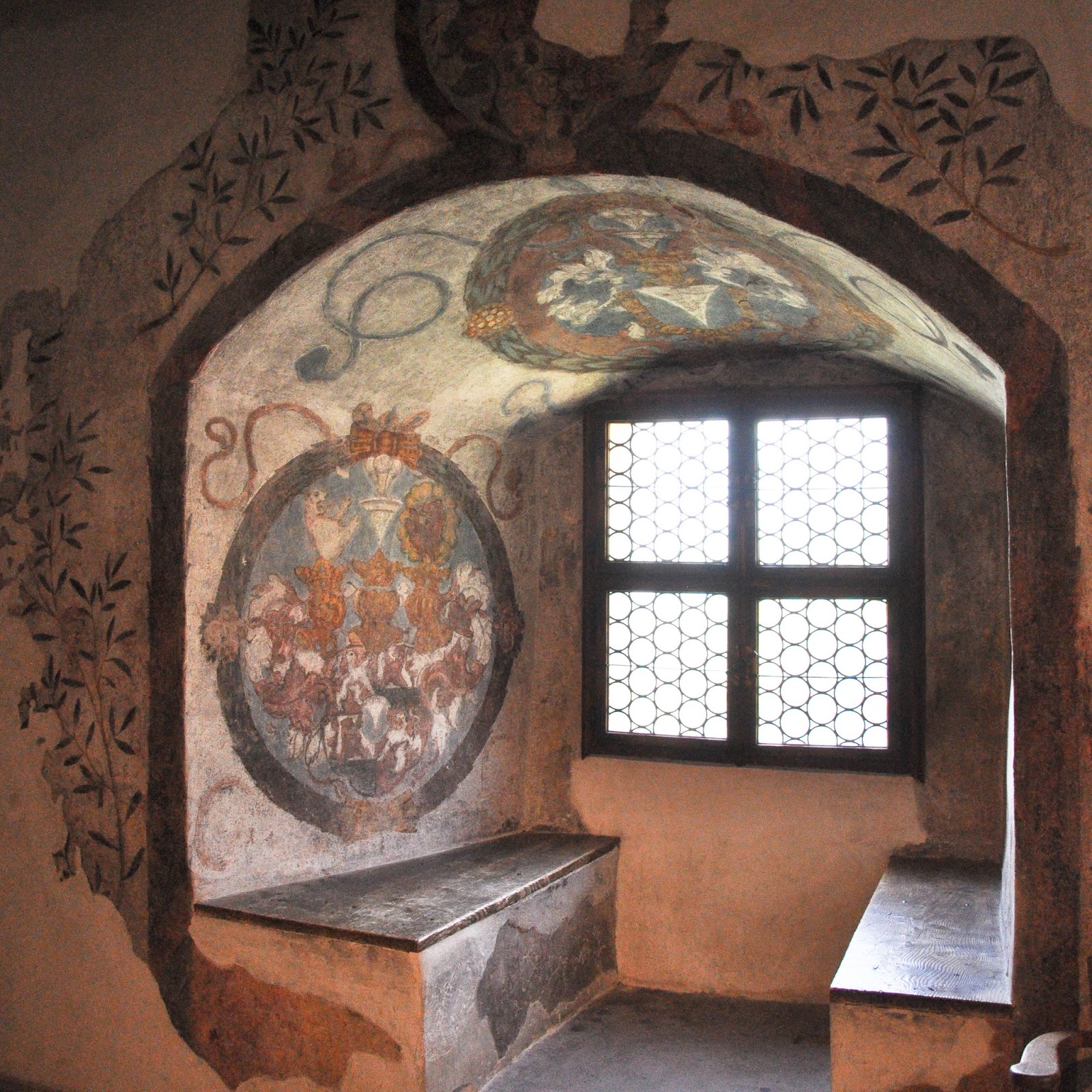 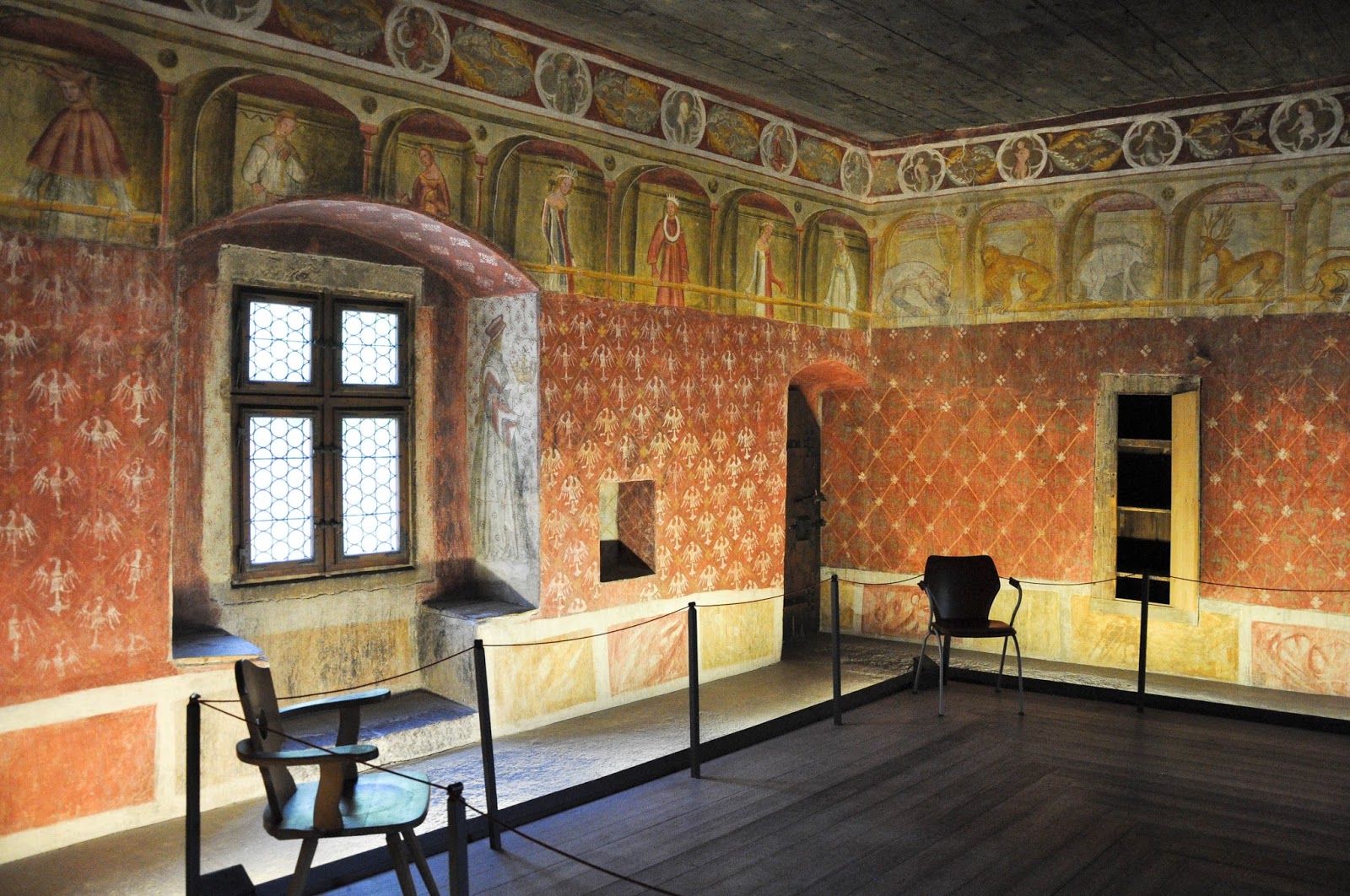 The attached image is from the medieval castle of Torrechiara.

Hey, could we have slab/stairs/tips for the oak/birch/jungle/spruce leaves blocks?
Especially for some classy gardens of HG, would be easier to make some carved bushes
Reactions: Margaery_Tyrell and Enah

topiaries! for the best garden

While we're at the subject of plants and nature, could we please revamp the selection of flowers that we have? I've been compiling this list and although I realise that it's impossible to represent all flowers and herbs on it 1:1, there are a lot of flowers on there that have nothing even coming close to them.

The most jarring issues are the colours, complete lacking of some shapes, and that some flowers seem to have multiple representations in the current selection for no apparant reason while others are not represented at all. Why do we have stuff like bonsai trees, or sunflowers that are half the height of what they should be?
Reactions: Margaery_Tyrell, Iwan, Kor_Bro and 3 others

Regarding hedges: I can experiment with it, but there's a couple things preventing me from thinking it's a good idea:

- Practical issue: Generality; people will want to start using these literally everywhere, which I'm afraid would be a pretty noticable difference in itself.

- Technical issue: Leaf blocks in MC are, generally speaking, an absolute pain in the ass to work with due to the ways biome shading works. I'd have to actually attempt it to see if it's the case for slabs/stairs/hoppers though.

Regarding flowers: We made the decision a long time ago, back when I was working on the nature update, to separate adding new crop blocks to adding new flower blocks. The reason for this is that adding new crop blocks will require an organized team to update older fields, replacing the makeshift crop representations (most of them are thankfully indexed at /warp jobs) with the new blocks. If people think more crops/herbs/flowers need to be added, these things would need to be sorted out first but it could be done.

That said, a lot of suggestions have been compiled already and the upcoming update is mostly intended for Highgarden + Oldtown + other small additions and changes.
Reactions: SseriousBusiness, Thamus_Knoward, Demodocus and 1 other person

The madmen over at Arda + Conquest did it! :O

Conquest apparently has a bunch of cloud blocks with different densities and Dags managed to make a WE brush out of it :O