..?
That was just an example I used to illustrate what I meant. Of course I'm not asking to change other already existing and in use blocks. I'm just providing feedback on the new Oldtown textures (168, 168:2 and 206) which, as I understand are still in development.

Fin said:
I'm just providing feedback on the new Oldtown textures (168, 168:2 and 206) which, as I understand are still in development.
Click to expand...

These blocks have to work in the context of our collection of blocks. What I'm saying is that by artificially changing the context in your illustration you have created an effect that is unattainable and thus misleading. A much more valuable feedback would be to vary the textures within the range of blocks we have. My suggestion would be to set up an example that utilizes the reach palette as a fixed point of reference.

Even more beneficial would be if you also recorded and shared the exact tonal shift that you applied to reach your results.
Reactions: Fin

ah ok, now I understand you. I like that idea of using the reach palette as a reference. Right now the color contrast is really too big between reach and OT beige, to be used right next to each other without looking like a completely different color. I think lightening up the OT beige blocks would help bridge that gap.

(I'll edit my original post with the changes I applied to the picture)
Reactions: Thamus_Knoward

The OT blocks are made a different colour than the Reach pink on purpose. The aim was to create a block that is between Reach pink and Dorne terracotta. Making the OT blocks too much like Reach pink defeats the purpose of the new blocks.

I'm not opposed to changing the colours, but keep in mind that they are made for both Oldtown and the border area between the Reach and Dorne.
Reactions: CashBanks

I've exported all the pebble variants for you.

I haven't checked them out in game yet because I couldn't figure out why my MCPatcher implementation wasn't working. Could you chuck em on separate blocks for testing on the production server? (or test server if that is politically easier to do.)

I'm not sure there's enough sand layer blocks to do a test patch on production, but I'll see about doing an update for the test server soon.

Hey @Thamus_Knoward, I'm not quite sure about my ability to include the pebble variants with the OT blocks anytime soon, as my schedule for the next week or two is quite busy. I think it'd be better if you cobbled together (pun absolutely intended) a pack yourself independently of what I've been working on and ask Mike to put it on the test server.

How far off are we with the next production update? If possible I could work towards that (given that it still roughly consists of the same steps it did 2 years ago: Extending the JSON file, etc)

The procedure of adding new block models is a bit different. I haven't fully looked into doing it myself though, I've still been working on new textures by putting them on existing blocks in the RP. So I couldn't help with that. You can probably just look at how existing blocks are defined (such as sand layers).

It might be a while until the next full production update, so I wouldn't wait till then. Probably better to push the pebble blocks to test and then to production as soon as you can (we can include the existing OT blocks in that update too).

Ok, so I've been goofing around with the OT blocks, my main concern being the street mix in Oldtown. Stoop pointed out how much sense it makes for the streets to be made of the same stone as most of the houses (just the available stone), so I stole those ultra sexy pebbles textures and matched some other blocks up with it (river & northern cobble). I think I'm quite happy with how that turned out, though they could be a bit warmer and darker. I'd also consider adding more textures, such as small bricks and stone blocks for nicer areas, where a decent cobbled street would be reasonable.

Concerning the OT blocks, they're a bitch to work with. I think I'll try making them subtly darker and also a bit warmer (would love to get a little orange/red in there so brick buildings don't seem out of place).

Anyway, let's get a constructive discussion going about the textures for Oldtown. Planning has begun and soon it will be too late to talk about this. Now's the time to bring ideas: Colorisation of the new OT blocks, OT streets, OT decorative blocks.. whatever

(Also btw emot, I'd be happy to help with textures, especially those for Oldtown. Hit me up if you think my mediocre skills could be of assistance somewhere.)

(Finally: Closing statement. I realise adding new blocks isn't always a popular option, so if someone can think of an alternative to the option of adding new blocks for the streets in Oldtown (while respecting Stoop's line of reasoning about streets' blocks) I'm very interested in hearing it.)
Reactions: Elduwin, Veggie, TheYoungWolf and 4 others

Hey Fin, I would be happy to have you on-board for the texture making if you're willing, I'm quite busy until winter break, and so a helping hand would be nice.

I'm not quite sold on the changes to the OT brick; it seems quite close to the normal Reach "pink" stone now. The road texture (assuming we're going down the new block path) seems like a good start, though I'm not sure that it meshes well currently with existing road blocks (such as cobble, stone brick, etc.)

We can perhaps see what @EStoop thinks though.

I agree with Emote on the matter of meshing, in addition to that, just from a conceptional standpoint the pebble blocks are supposed to be loose pebbles like those you'd find on beaches, in river beds or else where naturally. If I recall correctly the streets of OT are canonically cobbled, which means they are properly set with some sort of binder, not just some loose pebbles spread around. I'm humbled that you've taken to using them for the OT streets, but if you think they look like they belong there then I haven't done my job correctly and will have to change the textures which are still a huge WIP btw.

I have a bit of a gripe with using the river cobble, cobblestone and small brick block as floor textures simply because they are made in a specific way. When you look at a single tile, you'll see that the objects depicted on them are highlighted from the top with shadows towards the bottom. This is because they are intended for the use in a wall with light shining down from the sky. A road texture should be shaded quite differently and with that in mind I think you can be forgiven for taking a look at the pebble textures as on them the lighting is more diffuse. However, the block is extremely noisy (lots of small pebbles lying at different elevations), which again was meant to signifiy that it is a more of a natural texture.

In addition to that, the cobblestone texture is quite extreme as it has a strong contrast in itself. That can work for a wall but for a road you'd want a more homogeneous look that blends seamlessly and inconspicuously. I think there is a reason why the dark cobble stormlands block is so popular as a floor block.

Just in terms of finding the right amount of shading and 'human'-influenced order I quite like the look of the northern cobble turned reachy. To me the spacing between the individual cobbles also seems 'right', for humans to have laid them down, and the block is dark enough to 'ground' the extremely light buildings around it. If the highlights on it were made a tad more diffuse and you'd introduce tonal differences for the individual cobblestones on it, I think that could be a great main block for OT streets. It may even be dark enough to work with dirt or gravel. As a complementary block texture wise I'd look towards the dark cobble block which is very flatly shaded i.e. another great floor block.
Reactions: Emoticone11, EStoop and thecoddfish

Also, am I the only one that finds the off-colour contrast between reach blocks and the blueish-grey standard 'crownlands' blocks jarring? As if they are texture glitches where the ambient colour overlay has failed D:
Reactions: EStoop, Veggie, Fin and 1 other person

Hey, wanted to leave some fb here and opinions.
I absolutely adore the new plasters for OT so in my opinion they can stay as is. The OT texture are a bit busy I think, they could be more smooth like sandstone/terrecotta but have more "bricks" in each side texture then the terracota/sandstone ones so is a mix between the amount of bricks from reach texture and the smootness of the dorne texture. Also, the colour in my opinion also isnt that great it should be more white and yellow/orange like the examples below, 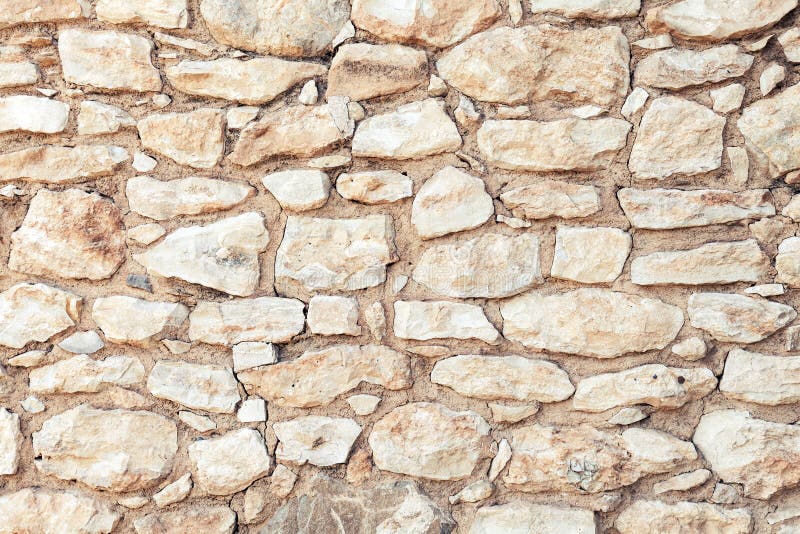 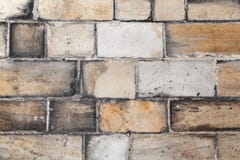 And lastly regarding thamus concerns I agree a bit but isn't it possible to adjust that through biome speciafic colourings?

Blocks in general
I'm open to a colour change of the Oldtown block, but it should stay somewhat similar to its current colour. Ideally, it would just have a little less colour in it. As for it being able to merge with bricks, it has never been the goal to make it match with bricks, since we preferred to use plasters as a colour breakup due to them giving the city more colour.

Earlier in this thread (post #19), Infinity showed a less colourful version of the Oldtown and plaster blocks. Although the method used for it also changed the other blocks, I think the colours for the Oldtown blocks and umber plaster were really nice. If the lack of variety in blocks used for buildings is a concern, I'd rather add another shade of plaster (like green or blue) instead of giving a red hue to everything so bricks match with it better.

I agree with Thamus that the contrast with grey blocks is jarring. I'd also like to add to this that grey stone is not something found in the vicinity of Oldtown, so it shouldn't be in the main palette of things.

Roads
Currently I do not think there are blocks that work well for Oldtown roads, that also make sense in the context of the palette. If we are going to make new blocks for the roads, I'd like to see an Oldtown stone coloured block which is slightly more dirty and darker that represents cobbles.
Reactions: Arkilstorm, thecoddfish, nubcaker and 4 others

Can I put in a request for the terracotta/sandstone Arrow slits shape, but in reach pink light stone brick please? The gothic style windows work really beautifully, especially with glass or shutters behind them, and think they'd be a worthwhile addition for HG.

Arkilstorm said:
Can I put in a request for the terracotta/sandstone Arrow slits shape, but in reach pink light stone brick please? The gothic style windows work really beautifully, especially with glass or shutters behind them, and think they'd be a worthwhile addition for HG.

omg yes thanks!! someone asked it finaly!!
Reactions: Elduwin

What about a special plaster for HG as well? Maybe a light pink-grey one that'd go well with reach? Stair and slab variants as well, like Casterly rock plaster.
Reactions: CashBanks
You must log in or register to reply here.
Share:
Email Share Link
Top Bottom