Yes, the structures were covered after being built but I don't think you have answered the question about how thick the walls and ceilings would be.

So I'll try and rephrase the question to 'how many blocks thick of dirt is there between the interior and the exterior.

Hey @Auscarbone I just had a look at your new tests in game (at the top of the plot I think?) and it looks great so far, nice work!

Hello! So I feel that I rushed into my application for this project, and tbh I’m not entirely satisfied with the quality of that original application. On that note, here is a new and improved application for Long Barrow

CANON:
From this it may be inferred that the Long Barrow is:
-a common crossing
-an important strategic position, and thus probably somewhat sizeable

TESTS:
Link to layout and some images of castle tests or find a full-size test of all buildings at /warp auscar

Plans include: a Long Barrow (utilised but not completely converted by NW); a tower for the commander; another tower for the maester, which includes a rookery and a sept on the lower floor; a common hall with barracks above; and a small workshop with an adjoining stable. Note that below ground are interlocking walkways between the commander’s tower, hall and workshop. A modest underground structure (directly below the common hall) houses additional barracks, the kitchen and some storage facilities.

SURROUDNING LANDS:
Link to layout and some images of house tests

TERRA:
Canon describes the eastern gift-lands as full of large rolling plains. As such the current forest would probably need to be removed, if not thinned, and the terrain itself made more 'rolling'. Also, an extension of the forest north of the wall, down to the wall, would be great to allow for the canon crossing. Unfortunately, I am still relatively new to WE and don’t feel comfortable doing all this terra by myself. As such I would really appreciate the help of an editor for this.

Hey Auscar! I like the test. I was thinking for the Long Barrow it self, maybe take a look at some barrows, which looks more like the sod turf houses that we use for inspiration for the gift regions houses. It would make more sense that the nights watch would chose a to build a barrow as base of operations if it was similar to the local architecture. What i am in particular referring to is the viking turf houses of Iceland.

Some of these turf houses has sod and turf walls. But the ones ones which inspired us is the stone ones. And they look a bit more similar to these stone walled barrows.

Here is the Hoarfrost stone house style, which is also in your tests.

So what i propose for you to consider is to make it a stone walled barrow (the nerds might have a name for this kind of barrow but i dont know).
First of all i think it would look good. Second of all it would make it a bit more attractive to live in maybe? and certainly closer to anything we know from real live.

I dont think the stone part has to be more than 2-2,5 blocks high. Here is a quickly thrown together test.

Ps. I can help you with some of the terra. Though it would be nice if Cash or Aeks would also join in.
Reactions: Auscarbone, SseriousBusiness and SeapunkPeaches

I can help out but I am not usually on at the same time as you, Johan.

Also, here is a link to the stone walled barrow (or check it out at /warp auscar). Thanks!
Reactions: Ric
E

I like the plans so far. I think the walled barrow could be a bit more refined, especially the front of it. You could also include 2 smaller barrows as they often appeared in groups. It would be really nice if you could make some kind of pattern with them. I feel it is more a feature in the landscape that the castle named after, than a part of the actual castle. Other than that I'm happy with all changes and hamlets/villages you've included. 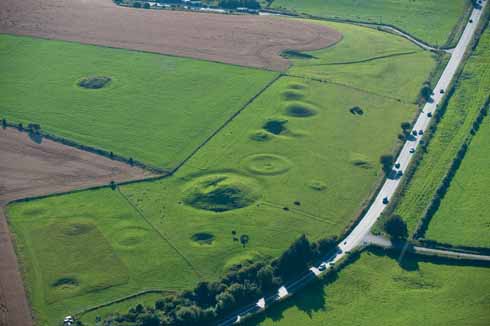 Reactions: Luk, ___, DutchGuard and 4 others

@CashBanks @Luk_emAn Either of you still interested in approving?
Reactions: Ric

Hey Aus,
Sorry I must've missed your new application in July, glad to see you're taking another crack.
I like all the tests you've done, just run me through your headcanon for how the Nights Watch used the barrow. Is it an old First Men barrow that was repurposed by the NW when the castle itself started to fall into disrepair?

I like the new, more asymmetrical shape of the barrow as well, much less hot dog shaped than the first iteration.
Reactions: Auscarbone

Hey Cash! Basically I'm thinking that, as you suggested, the barrow is an old First Men barrow that was later repurposed by the NW. Considering its size, it would have probably been constructed for a very influential person, so, as Endy suggested, I plan to have some long-forgotten earthworks hinting at a sort of king way back when. Thanks!

Sounds good, just have a think about building out the ruins of the old castle barracks/living quarters as well, happy to take another look once you start plotting it out fully in game. Approved
Reactions: StanateeManatee, Ric, Elduwin and 1 other person

Any news on Long Barrow Auscarbone ? The test you have floating above looks good.

I’ve been chipping away with help from Cash, so only a few small layout issues left. Just holding out for those northern cobble stairs
Reactions: IronGentleGiant, Ric and DutchGuard

Hey Aus, touching base to confirm see how this one's going. Have seen that your test has been copied in, should be ready to add the last finishing touches with the new icy cobble blocks.

Can I just check that this is now completed?
It would be great to have a wiki submission if so.

Long Barrow is one of the nineteen castles along the Wall constructed by the Night’s Watch. It is located east of the King’s Road between castles Rimegate and Torches. As with the majority of Wall castles (excluding the Shadow Tower, Castle Black and Eastwatch-by-the-Sea), it has been abandoned for centuries due to Watch’s diminishing numbers, supplies and patronage from the Crown.

Barrows: In keeping with its namesake, the Long Barrow features a series of First Men “barrows”; mounds of artificially constructed monuments of earth and stone, inspired by the barrows constructed across Western Europe in the Early-Neolithic Period.

A large barrow is prominently located to the south of the Long Barrow keep, its dilapidated interior indicating that the Night’s Watch may have occupied the barrow as a holdfast of last resort before abandoning the castle completely.

Crypts: Long Barrow is situated in a low valley, between a series of rolling hills. These hills feature a collection of First Men tomb complexes, which in keeping with the accompanying barrows suggests the area was prominent for its burial sites.

Long Barrow was first constructed by NickShaiB in January 2013 with assistance from Birdman7, Thamus_Knoward, IwanDeLarch and Flav.

This initial interpretation was retired when the server moved to the updated Westeros map and Auscarbone, with assistance from CashBanks through the Nightfort server build, completed a redo of the project in September 2022.