I realise that we are many years away from even finishing Westeros, but I thought it might be interesting to start looking at ideas for inspiration for different places in Essos, just to get some ideas flowing.

These are just some of my ideas, feel free to disagree or make other suggestions!

Free Cities
Braavos: With all the canals and lagoon, I think its fair to say that Braavos is essentially Venice, although more grey and less Mediterranean. There's quite a bit of canon on Braavos, such as the tall thin buildings with peaked rooves, so this one needs less imagination.
Lorath: I feel like Lorath doesn't really have much of a real world counterpart, being a sort of maze city, this would probably be mostly imagination. Probably very grey and bleak.
Pentos: Given the proximity to Westeros, I feel like Pentos should be sort of Eastern Mediterranean, for example somewhere in Greece or Croatia. Canonically it is mostly tiled rooves and has big walls, which fits with this inspiration.

Norvos Not really sure about this one, maybe Eastern Europe, for example Ukraine? I think it should still be stony, but with a lot of wood as well, to give it a sort of dark grey / brown feel.
Myr I think in terms of building style Myr could be like Turkey, being a sort of transition from the European style of Westeros to the more oriental feel of Essos. Not too sure though.

Tyrosh Given the name and island nature of the city, I think its fairly safe to say that Tyrosh is Tyre. This would be an interesting inspiration for the general layout of the city, but I'd say the building style should not be too different from that of Myr.

Lys Not really sure of a specific example from real life, although probably something again Middle Eastern, although a bit more exotic than the cities further north.
Qohor I think Qohor should be somewhat Russian, as it is in wooded area with lots of hunting and foresting, although it is also said to be the most exotic of the free cities and have big stone walls, so I think a mix between stone and wood would be most suitable. 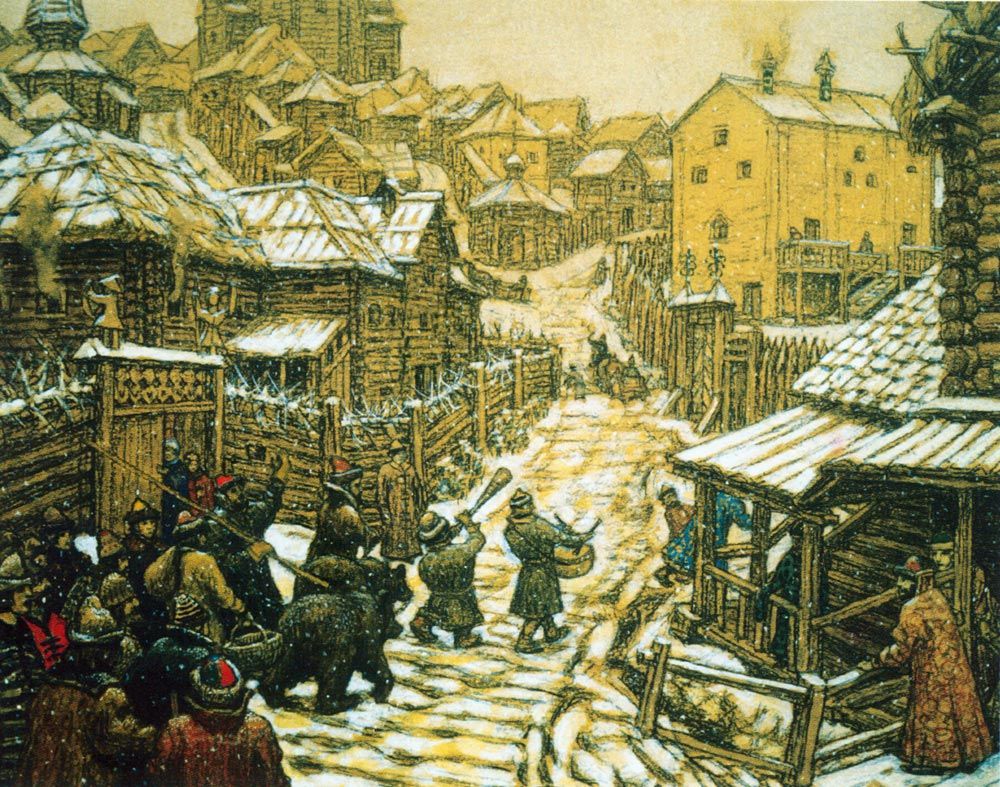 Volantis Again, I'd say Volantis should be Middle Eastern in style, and a similar style for those cities around it.

Slavers Bay To me, slavers bay is (in style) again Middle Eastern, although more like the style of further east like Iran or Afghanistan or perhaps Egypt, and less 'exotic' than the Free Cities, and more dusty, sandy, stony and bleak. I'd say the pyramids should perhaps be more like Ziggurats than the pyramids in Egypt, as the pyramids in Slavers' Bay are designed to be inhabited and used, not tombs. It could also be more like Saudi Arabia. Valyria Valyria is probably the most fantasy aspect of the universe, so I think this is where we can move slightly away from grounded realism to more imaginative and unique styles for the ruins.

Dothraki Sea The Dothraki don't have much in the way of buildings for us to actually build, although their culture is fairly clear based on that of the Mongols.

Qarth Again, no specific examples, although I'd say Qarth should be based off the sort of region around India and Pakistan, or somewhere along the silk road, with yet again more exotic-ness to it. 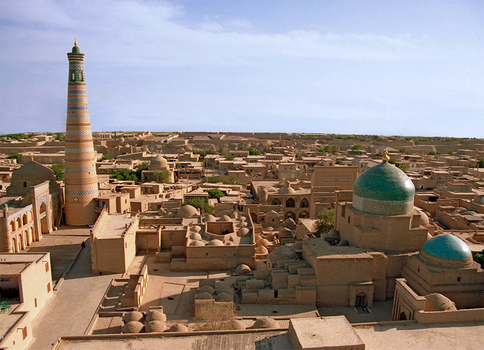 Yi Ti I'd say its fairly clear that Yi Ti is meant to be China / the far east, and this would be a suitable style for it imo. 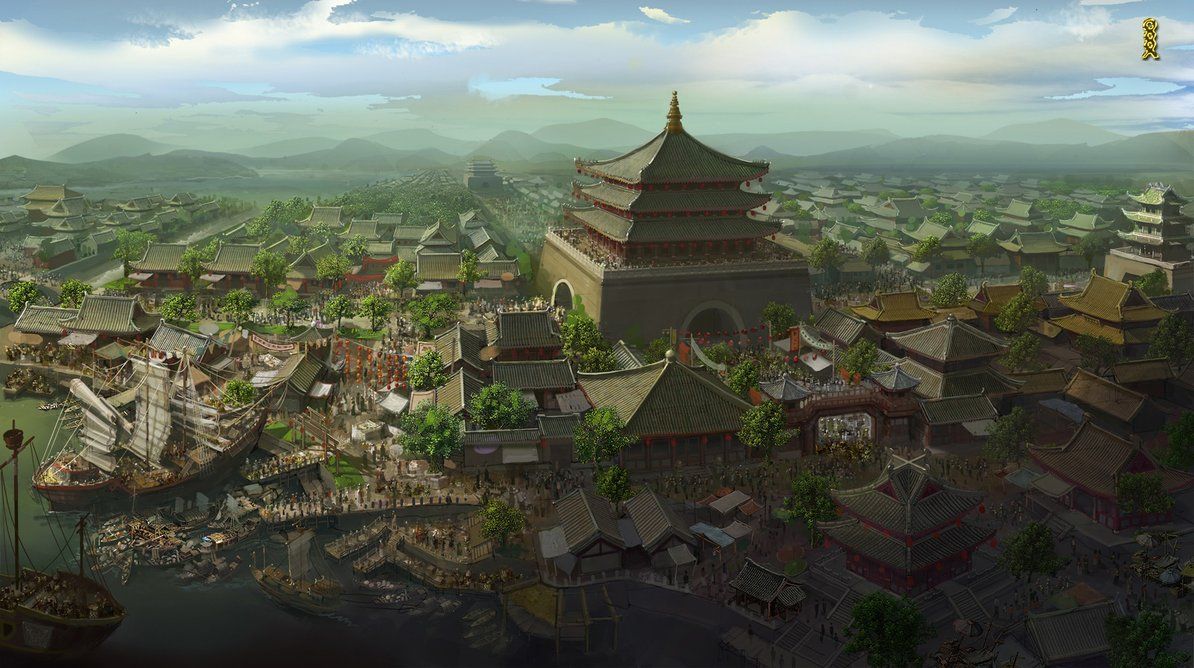 Sothoryos Is presumably the analogue of Africa, and the style should be fairly basic as per canon, with mud huts and disease ridden jungle.


Again, these are just ideas, feel free to give your own opinions and suggestions, just thought it'd be interesting to start this conversation.
Reactions: Augurex, ChewyMan125, ContraBlonde and 9 others
A

And summer islands as well. They seem to be influenced by Polynesia, Africa, and Central America. Very clearly they are tropical jungle islands. I think a painted wood town would be very cool, with a bit of bad stone perhaps.

Guest
Wouldn't Braavos also borrow quite a bit aesthetically from the trading cities of the Hanseatic League and Low Countries, like Bremen, Amsterdam, Bergen, and Hamburg? The architecture outlined by GRRM also seems line up with this as well.

I would say that all of GRRM's essosi cities are a combination of multiple sources of inspiration and therefore hard to place.

Braavos we have the most canon for out of all the free cities and it has similarities to Venice (Sealord=Doge) while in physical appearance it resembles hanseatic ports.

The primary information we have about Norvos is that they use white stucco often on their walls, which fits with an Eastern European style. However, that canon seems to mainly apply to small buildings, not towns. Also considering Norvos is split into two sections, Prague could be used as inspiration. Have the upper section similar in layout to the Castle and the lower section sprawls towards the river.

Lorath is not necessarily built on the maze, it could be. Or it could be built around a series of mazes. The smaller isle of Lorassyon certainly has a large maze as Qarlon the Andal built his keep there. Lots of interesting stuff that could be done. The islands are bleak and stony, with the main industries being fishing related. This makes me think of the Faroe Islands and Iceland.

Guest
hi have you considered adding ashai by any chance. its been mentioned numerous times in the books as this far off mystical land with dark magic, wizards etc. it could be an interesting build
Reactions: SseriousBusiness and Margaery_Tyrell

I imagine Asshai as a kind of magical post apocalyptic Singapore
Reactions: Kulmen, Augurex, bwod_30 and 4 others

Asshai is a humongous city which we have very little information on and some pretty extensive lands around it. Yes, it would be an absolutely amazing build to work on but I think it might be best to start with Westeros before moving on to such ambitious build
R

They do dark sorcery in Asshai right? It must have taken a necromancer to bring this thread back from the dead after 2 years...
Reactions: Ric

Augurex said:
the Long Bridge is now mine by rights
Click to expand...

Also another point is that GRRM applies the same inspiration to multiple places. Volantis definitely has Constantinople/Istanbul vibes with its remnants of the Rome-like empire, sitting in the space between east and west, (east being the mostly unknown to Westerosi). However, Qarth also features inspiration from the same real city. It has triple walls, sits on an important trade route and is also, apparently the remnant of a powerful empire. However, Qarthi legend that its the oldest city in the world, combined with its more eastern features (painted walls, painted buildings, camelry, etc) make it seem like Damascus, one of the oldest cities in the world
Reactions: witherack, SseriousBusiness, Margaery_Tyrell and 2 others

Honestly I think almost every city uses Constantinople as a reference since it's one of the most iconic examples of a ancient, huge city in the Middle Ages. Stylewise I think it's a bit too westerny for Volantis, Oldtown is also inspired by it and they would have a similar vibe being two cities so far away. I'd left Constantinople for other Free Cities at the Narrow Sea.

I always imagined Volantis as kind of Cairo: an ancient city refounded many many times with several former city cores and walls that spams along a wide mighty river, with a hot and humid climate, crowded and almost unberable. Its hinterland would be like the Nile Delta, full with villages and mid-sized cities. Basra is nice too, but is not very well preserved and finding images is hard.​

I'd say Volantis isn't as close to a desert as Cairo, so expect more greenery, specially along the banks of the river and canals. Those houses with double arch at the end are very common in Old Cairo. I looove them, they have so many floors and rooms, and the inside-outside spaces are perfect for a city with the cimate of Volantis. I can see slavers and merchants living here.


As for Qarth, I lean more towards Persia or Silk Route, like Samarkand or even Lahore, which also fit in the mentioned painted walls, painted buildings and camelry, and are both incredibly ancient.​